The 3 Worst Veggies For Diabetics (That Are Aggravating Your Diabetes)
Nutritious and mostly tasty vegetables (sorry Brussel Sprouts)
...are the perfect way to fill up with healthy goodness.
Sent to your plate from Mother Nature with love.
By Judd Resnick – Diabetes Researcher and Author of the Diabetes Smarts Program

(which is great news for your waistline)…

They are also an important source of many nutrients...

Including potassium, dietary fiber, folate, vitamin A, and vitamin C.

(which will help you live a long and healthy life)

But, believe it or not, there are still a few less than healthy veggies.

Which might actually SKYROCKET your blood sugar –  Wreaking havoc on your body.

Side note: I have not included the obvious choice here . White Potatoes

With one medium-sized potato containing about 37 grams of carbs.

And a boiled potato can reach as high as 82 on the glycemic index.

And baked or mashed potatoes put on an average of 3.4 pounds every four years… No surprises there.

Anyway, let's dig right in...  And I'll show you how your diabetes can directly relate to the foods you eat…

YES even the good kind….and how to protect yourself

Tiny green peas, on their own, aren’t bad for you.  But looks can be deceiving.

Only 1 cup of green peas contains about 20 grams of carbohydrate.  Most of the caloric content of peas is pure carbohydrate.

Green peas, or garden peas, come from the Pisum sativum plant.  Technically legumes, many still categorize peas to be within the vegetable family. 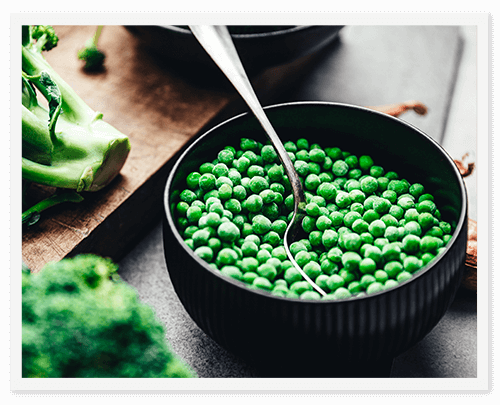 The danger with peas doesn’t necessarily come from anything too wrong with your typical single little pea.

But because they are small, many people tend to overeat them without ever realizing it.   (I’ve found myself doing this on more than one occasion)

The starch content within peas means that they may raise your blood sugar higher and faster than other non-starchy vegetables.

However, the sugars found within peas are complex, not simple – meaning that they’ll take longer to break down inside your body than carbs you’d get from simple sugar foods, like white bread.

Most nutritionists and doctors actually recognize that a small amount of peas can actually have a positive effect for those suffering from diabetes.

They may be higher in carb content than other vegetables but they are still loaded with beneficial antioxidants, fiber, and omega-3 fatty acids.

This means that you can healthfully eat these tiny green legumes – but you’ll just want to make sure you keep your portions in check.

Try limiting your serving size to half a cup, and eat them as part of a balanced meal.

Celery, on its own, can be a great option if you’re looking for a low calorie snack with good water content.

But some tall-growing produce, like celery, is highly saturated in pesticide.

In fact, celery often tops the list of The Dirty Dozen – an annual report from the Environmental Working Group which ranks the produce farmers most heavily treated with pesticides.

Studies now show that certain compounds found within all pesticides can raise your risk of type 2 diabetes by up to 64%. 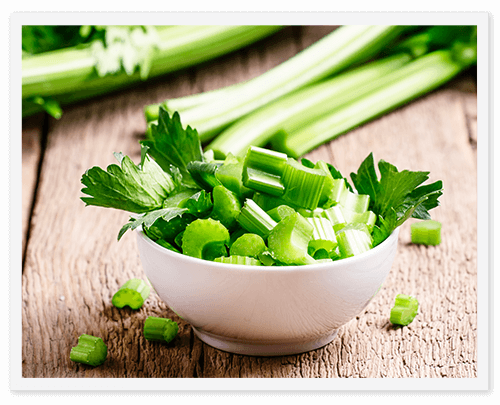 It’s been found that these compounds may reduce the metabolic functions of cells, negatively impact insulin secretion, and may even lead to obesity.

Therefore, celery, often heavily treated with pesticides, could raise your risk for becoming obese or diabetic, especially if you tend to eat this veggie in very large quantities.

This also means you may want to think twice about the amount of other heavily treated veggies you consume.  Some other vegetables that top The Dirty Dozen list include tomatoes and kale.

In the end, is celery really bad for you?  Not exactly – it’s a great source of antioxidants, it’s low on the glycemic index, and it’s loaded with beneficial vitamins and minerals, including fiber.

So this is a case of a vegetable not being inherently bad for you.  You can still enjoy celery, just do your best to buy organic or less-treated varieties, and always give them a good wash before you eat.

From the Diabetes Smarts mailbag

“What is the best vegetable for people with diabetes?”

That’s right spinach, lettuce, kale, arugula, even cabbage and collard greens can all fit in this top spot. Cruciferous leafy greens can be the ULTIMATE bedrock for most any meal.

Your mother likely told you that green veggies were the healthiest. And she is right!

These easy greens are simple ingredients with an entire library of obesity and diabetes-fighting nutrients, from immunity-boosting vitamins, to blood glucose-lowering folate.

But all leafy green veggies come loaded with FIBER, which will help your body remove LDL cholesterol and regulate blood glucose levels.

A recent study even REVEALED that eating one and a half servings of leafy greens per day may reduce the risk of developing type 2 diabetes by 14%.

Almost no meal is ever complete without leafy greens. Add fresh arugula to your salads, saute kale in your stir-fries, bake spinach into your frittatas, or even blend any of these greens into your veggie smoothies.

Finally on the naughty list is a veggie that we consumed over 100 million tones of last year.  Can you guess what it is?

These days, corn is everywhere.  And not just on your cobb or in your popcorn bag.  You’ve probably heard at least something about High Fructose Corn Syrup.  (basically poison)

In The USA, corn has been subsidized by the government for decades, which has led to this highly processed sweetener, created from corn, to be used in a wide range of packaged products.

But extensive research has shown that this simple sugar sweetening agent has become a HUGE FACTOR in the current obesity and diabetes epidemics. 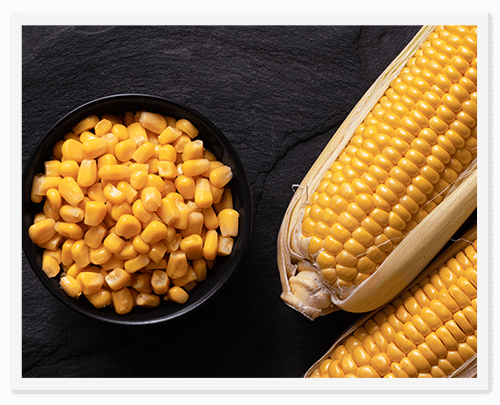 Beyond processed corn syrup, plain old corn is still among the vegetables that will give you a big carb load.  One ear of corn usually contains about 17 grams of carbs but only 2 and a half grams of fiber.

It’s also considered to be one of the highest starch vegetables available.

Just 1 cup of corn kernels will give you over 25 grams of starch.  Doctors and nutritionists warn against consuming an overabundance of starchy food, as eating too much can contribute to blood glucose spikes and weight gain.

Meanwhile, the glycemic index for corn sits at 52, which isn’t too high.  But its glycemic load clocks in at 15, which is higher than many other veggies.

So corn could lead to a blood sugar spike, if you eat too much and you don’t pair it with quality protein or fiber to slow your body’s insulin response.

That said, scientists have found plenty of health benefits from corn.

Though these tiny yellow bites of flavor are starchy, they contain a good amount of RESISTANT starch – which shouldn’t negatively affect your blood sugar.

Plus, studies have shown that eating whole grain corn in small amounts can actually work to reduce your risk of type 2 diabetes and obesity.

Therefore, just like peas, you can still healthfully eat a bit of corn here and there – just don’t slather it with a ton of butter.

So there you go…    Like any other food be sure to eat it as part of a balanced meal,

There are of course plenty of vegetables that have a positive effect in the fight against diabetes.  And many of them will help you instantly regulate your blood sugar… (moved up)

But that is just the beginning of what must be done to manage and in many cases REVERSE DIABETES.

There are many other FOODS that are marketed as HEALTHY yet are far from it.

In fact, Many of these so called “health foods” can spell DANGER for people with Diabetes (and people who don’t alike)

You can learn what these DANGER FOODS are here
Here's what you should do next...

I want to share with you how to find an abundance of satisfying foods, herbs, spices and a range of delicious alternatives.

And best of all.

You’ll also discover the TRUTH about diabetes drugs and the internal damage they do to your body that you may not be aware of BUT absolutely need to know.  And what else is available to you (at a fraction of the cost)