Hello, I'm Judd Resnick, and this is my story which started about 20 years ago, when I was in Film School in Miami...
It was a bright sunny day when I woke up because of the crazy kicking and mumbling sounds of my roommate, Ryan. He was thrashing about in his bed. I went over to him quickly and found that he was sweating profusely.

I tried to wake him up, but he was actually awake, just not ‘all there.’ He started babbling words to me that made no sense at all. “Oh crap!” I thought, this is the thing he had warned me about…

He was having a diabetic attack.


I sprinted over to the fridge and found his Glucagon, and quickly injected it into him as he’d told me to do if this ever happened. Then I called 911, the paramedics came, and they took him to the hospital.

He was still in a confused state for many hours. Luckily the shot I had given him kept him from going into a coma. He was in hospital for a few days recovering, and eventually came right.

At the time, I thought, sheez Diabetes really sucks. And I carried on with my life as normal.

Over the years that followed, every now and then I’d see another friend or family member, get diagnosed as either diabetic, or prediabetic. One person I met recently even lost an eye due to diabetes.
But what really hit home, was when my father received his diagnosis… He was prediabetic, and in immediate danger of becoming full blown diabetic.

My Dad went to see his doctor about it and the good news was that the Doctor had medication for him that made him feel better. The bad news was that Doctor did not give much emphasis at all on lifestyle changes he could be making.

The emphasis is on the bandage, and not on the solution.

This frustrated me, it actually made me scared, because it was at that moment that I realized… I gotta get to the bottom of this myself. 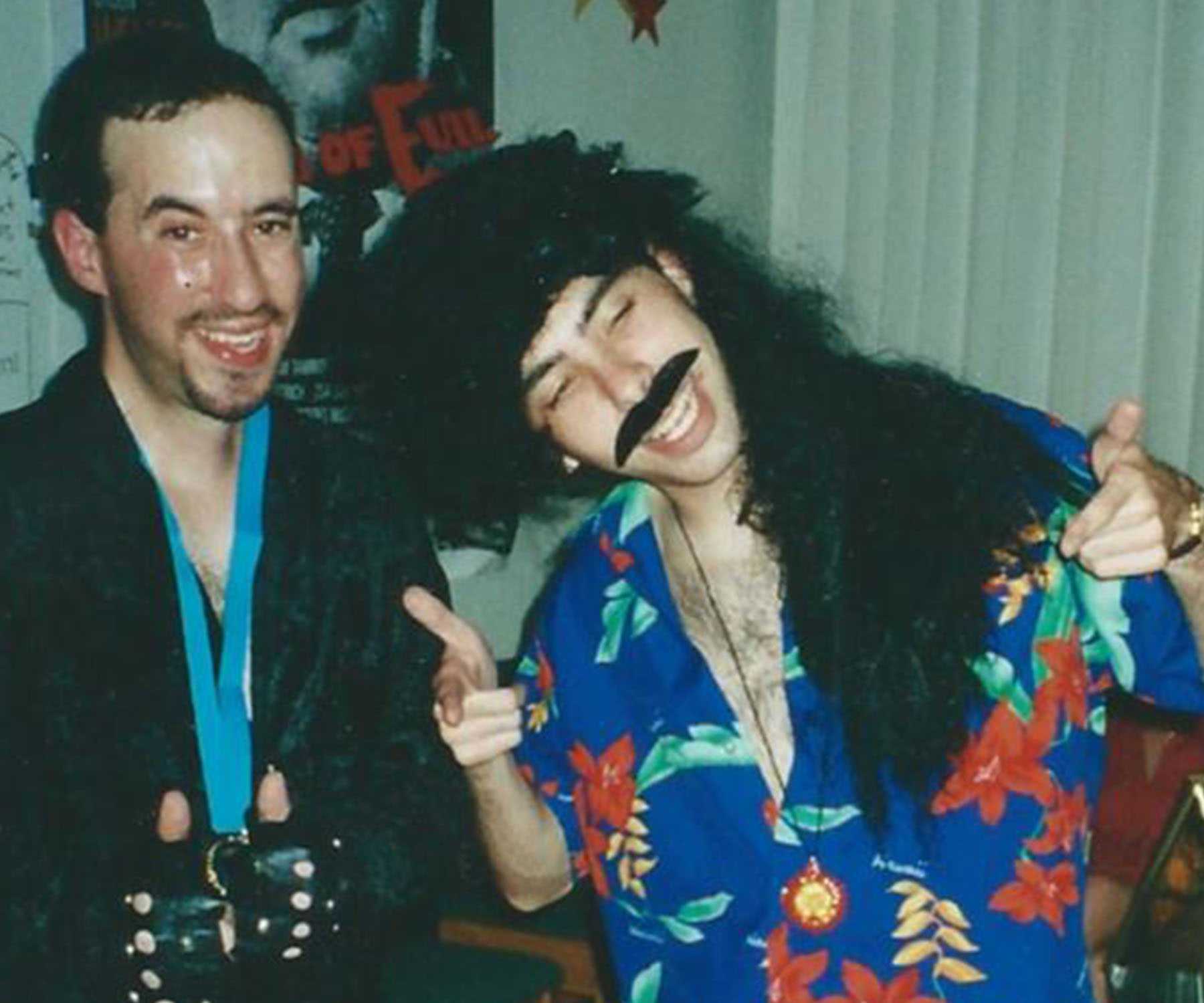 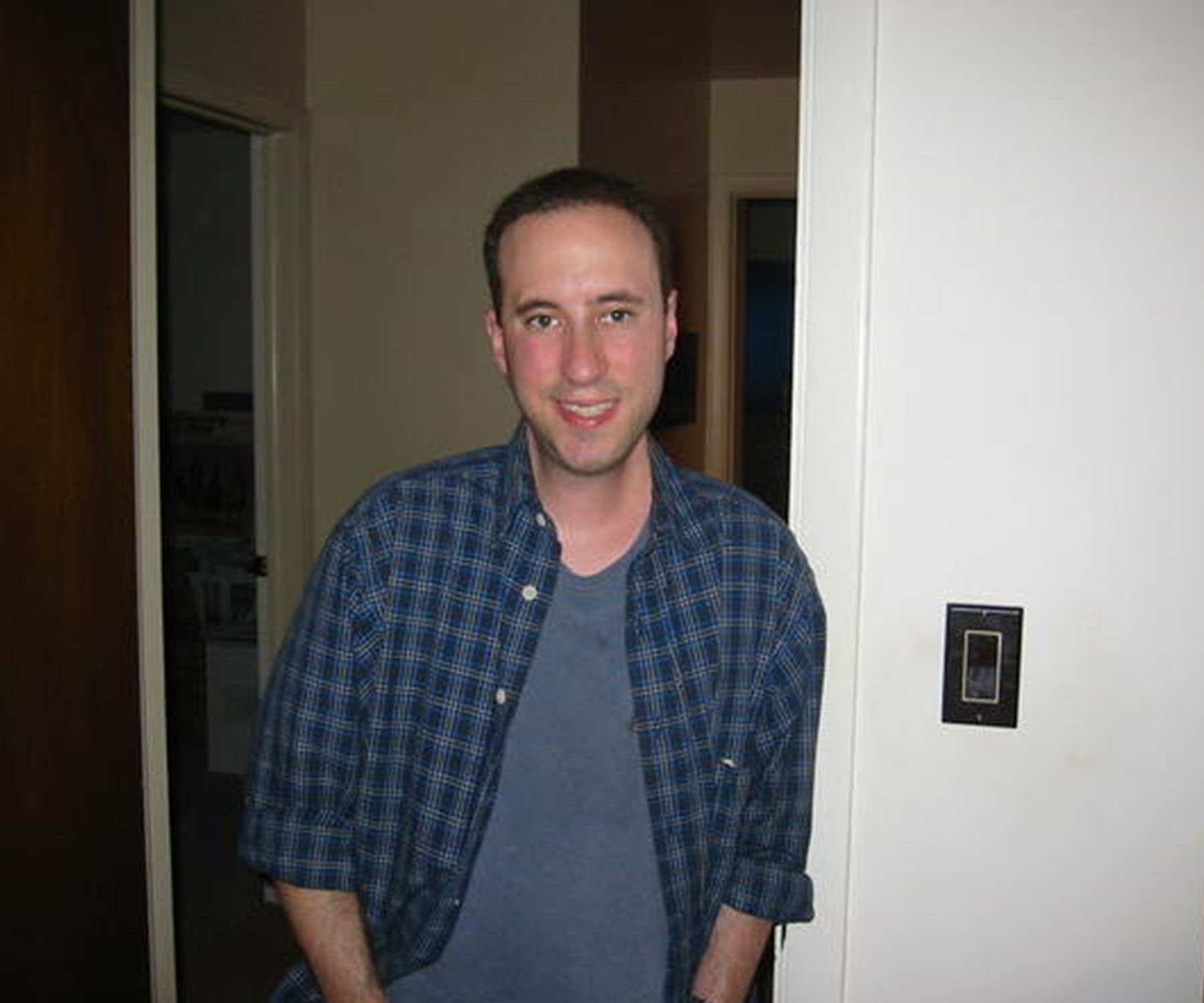 So I bought about a dozen books on the topic. Some were quite good and informative, others were so hard to read they were like university textbooks.

The big issue however, was that everyone had an agenda. Either someone was a conspiracy theorist, and had the viewpoint that the medical industry was bad… Or someone was a Doctor who was very pro medication.

My gut feeling was that the real answer will be somewhere in between. I mean if I hadn’t given my friend that Glucagon shot, he would have died. I’m glad I didn’t look for a natural remedy there!
At the same time though, when doing my research, I uncovered hundreds of stories of people who had gone from being on Diabetes Medication, to making lifestyle changes that now meant that they were healthier than people who aren’t diabetic at all.

So healthy in fact that they didn’t need any medication at all from that point onwards.

Some people would say they ‘reversed’ their Diabetes. In medical terms, that’s impossible, maybe somewhere some test can find it’s still there.


But in a ‘life’ sense, it really was gone for those people. They had discovered a very valid solution that worked for them.

The thing is, it was really hard to just get my Dad to want to read any one of these books. The best books out there were very very heavy reading.
Being a filmmaker, I wanted to see if there were any documentaries on the topic. And I was very disappointed to find that I couldn’t find any comprehensive series on the topic anywhere.

The closest I could find was the occasional ‘episode’ on the topic, that was part of another series, and unfortunately that only scratched the surface.

That made me quite upset, as I knew my father, and other people around the world in a similar position, are not getting the real answers they need, given to them in a clear manner that is easy to understand. 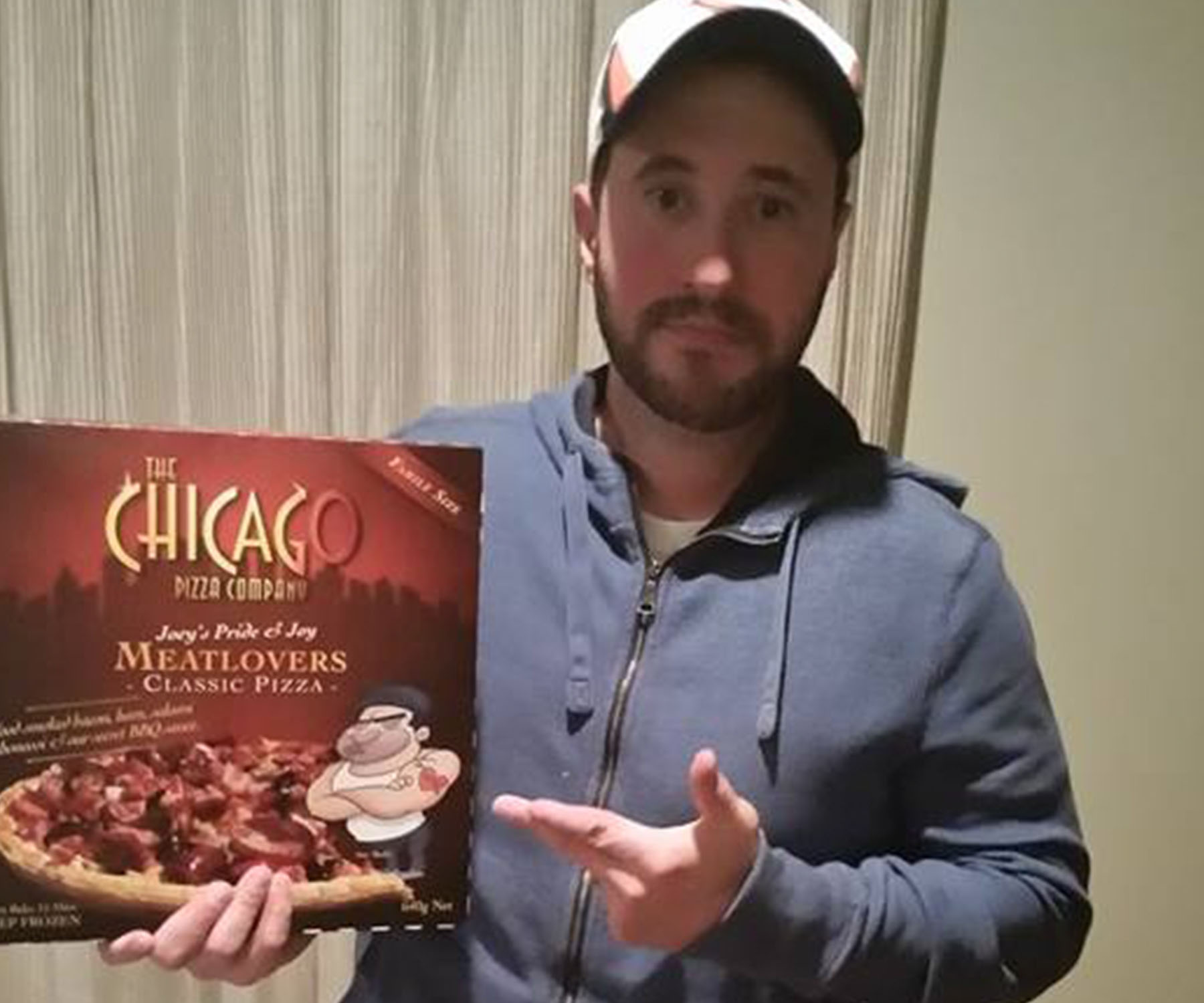 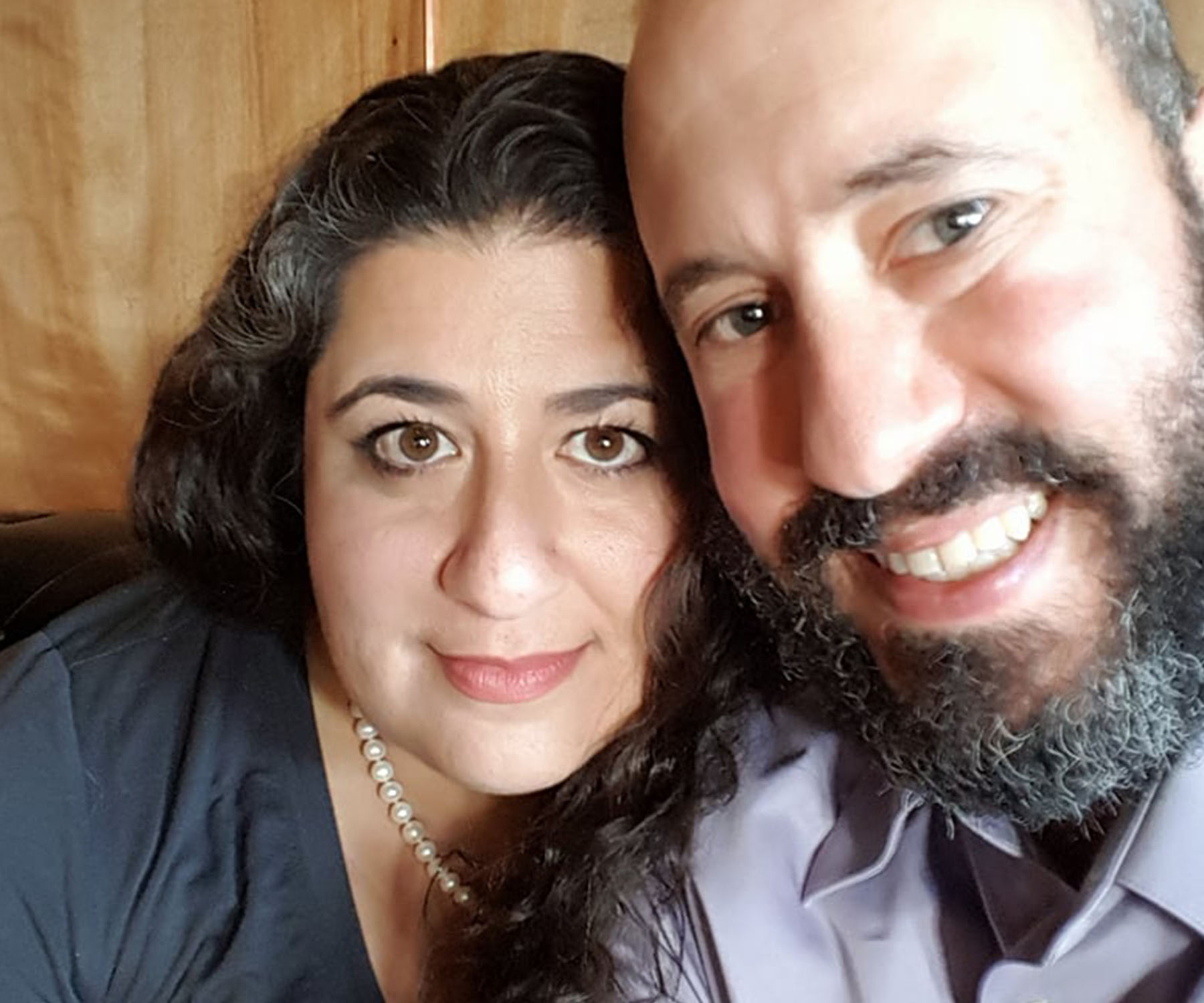 It was at that time that my wife and I decided to pack our bags and head to New Zealand for a healthier life.

While we were there we discovered that the nutrition problems that we could see in the US were actually spreading worldwide. And that Diabetes is on the rise everywhere.

Then I came across a guy called Mark, who was in the middle of filming a documentary series all about Food, Health and You, with Dr. Carl Bamlet.

Wow, I thought, finally someone who is dedicated to getting to the bottom of the TRUTH about health from a nutrition standpoint.
I asked him if he’d consider investing in creating such a series that was specifically about Diabetes.

Mark has a few Diabetic friends of his own, so he was really keen on the idea.

Then, over the course of the next TWO years, I flew back and forth between NZ, the USA and a few other countries, and filmed many interviews with Doctors, Nutritionists, Diabetics, Authors and other experts, and produced the world’s most comprehensive series on Diabetes.

We also created during that time hundreds of Diabetic friendly Recipes, and also a step-by-step guidebook to preventing, fighting and managing Diabetes, called “Diabetes Smarts.” This guide also includes a 30-day challenge, which is designed to get people to transform their lifestyle into one that naturally balances blood sugar.

Balanced blood sugar leads to more energy, more sleep, higher feelings of happiness, and is highly correlated with a much longer lifespan. Not to mention that Diabetics who naturally balance blood sugar due to lifestyle changes, quite often find that they can reduce (and sometimes eliminate) their medication (never do this without a Doctor running the tests and being certain that this is the right course of action btw).

We thought it’d take us 6 months to put this together. It took over 2 years. Many discoveries were made, some that startled us. The investment in this project piled up to over $250k, but in my opinion, if this saves lives, then it’s worth every bit of extra time that has gone in.

HOME
Members Area
GDPR
COOKIES
PRIVACY POLICY
All rights reserved © 2022 DiabetesSmarts.com
ClickBank is the retailer of products on this site. CLICKBANK® is a registered trademark of Click Sales Inc., a Delaware corporation located at 1444 S. Entertainment Ave., Suite 410 Boise, ID 83709, USA and used by permission. ClickBank's role as retailer does not constitute an endorsement, approval or review of these products or any claim, statement or opinion used in promotion of these products.

The website's content and the product for sale is based upon the author's opinion and is provided solely on an "AS IS" and "AS AVAILABLE" basis. You should do your own research and confirm the information with other sources when searching for information regarding health issues and always review the information carefully with your professional health care provider before using any of the protocols presented on this website and/or in the product sold here. Neither ClickBank nor the author are engaged in rendering medical or similar professional services or advice via this website or in the product, and the information provided is not intended to replace medical advice offered by a physician or other licensed healthcare provider. You should not construe ClickBank's sale of this product as an endorsement by ClickBank of the views expressed herein, or any warranty or guarantee of any strategy, recommendation, treatment, action, or application of advice made by the author of the product.